Book your private Ngorongoro safari together with your stay

The Ngorongoro Conservation Area (NCA) is a heavy protected area and a World Heritage Site located 180 km (110 mi) west of Arusha in the Crater Highlandsarea of Tanzania. The area is named after Ngorongoro Crater, a large volcanic caldera within the area.

The name of the crater has an onomatopoeic origin; it was named by the Maasai after the sound produced by the cowbell (ngoro ngoro). Based on fossil evidence found at the Olduvai Gorge, various hominid species have occupied the area for 3 million years.

The Ngorongoro Crater, the world’s largest inactive, intact and unfilled volcanic caldera. The crater, which formed when a large volcano exploded and collapsed on itself two to three million years ago, is 610 metres (2,000 feet) deep and its floor covers 260 square kilometres (100 square miles). Estimates of the height of the original volcano range from 4,500 to 5,800 metres (14,800 to 19,000 feet) high. The elevation of the crater floor is 1,800 metres (5,900 feet) above sea level. The Crater was voted by Seven Natural Wonders as one of the Seven Natural Wonders of Africa in Arusha, Tanzania in February 2013.

The volcanic eruptions like that of Ngorongoro, which resulted in the formation of Ngorongoro Crater in Tanzania, were very common. Similar collapses occurred in the case of Olmoti and Empakaai, but they were much smaller in magnitude and impact.

Out of the two recent volcanoes lying to the northeast of the Empakaai caldera, Kerimasi and Ol Doinyo Lengai, the Doinyo Lengai is still active, and the last erupted major eruptions were in 2007 and 2008. Smaller ash eruptions and lava flows continue to slowly fill the current crater. This volcano is also known as the Maasai’s ‘Mountain of God’

Approximately 25,000 large animals, mostly ungulates, live in the crater. Large animals in the crater include the black rhinoceros , the local population of which declined from about 108 in 1964-66 to between 11-14 in 1995, the African buffalo or Cape buffalo, and the hippopotamus. There also are many other ungulates: the blue wildebeest (7,000 estimated in 1994), Grant’s zebra (4,000), the common eland (and Grant’s and Thomson’s) gazelles (3,000).[22] Waterbucks occur mainly near Lerai Forest There are no topis oribis or crocodiles, Impala are absent because the open woodland they prefer does not exist, Giraffe also are absent, possibly because of a lack of browse species. Tanzanian cheetah, East African wild dog, and African leopard are rarely seen.

Although thought of as “a natural enclosure” for a very wide variety of wildlife, 20 percent or more of the wildebeest and half the zebra populations vacate the crater in the wet season. Buffalo and eland do the opposite. Their highest numbers are during the rains.

You can book through or online booking system together with your stay or contact us directly by telephone or email. 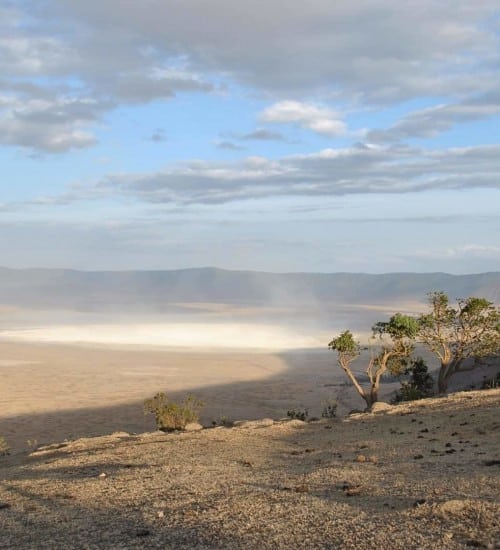 From Kilima Villa to Ngorongoro Crater is about 50 minutes drive. 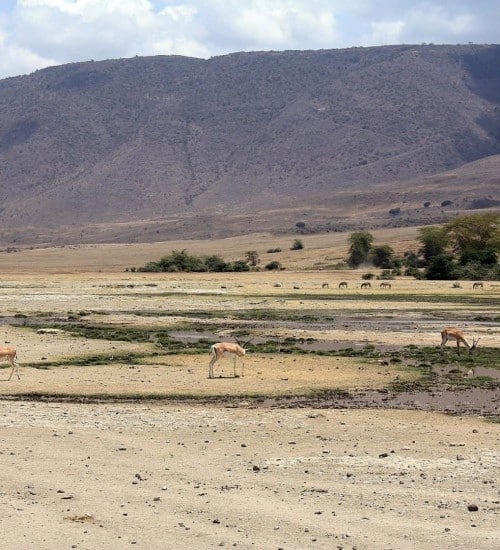 A gamedrive to this park including all parkfees, bottled water, safari jeep (Toyota Landcruiser) and a experienced driver (starting from 2 guests). Price on request.